I'm a big fan of the etymology maps on reddit. These gave me the idea of creating a map that would translate any English word (or two) to other European languages using Google Translate. The results are often far from perfect - the screenshot below shows that "a bug in a rug" becomes "an error in a rug" in Spanish. This may be partly because Google Translate has little context to work with when only one or two words are entered, and partly because it just isn't as smart as a human translator. Still, hopefully it's fun to play with! 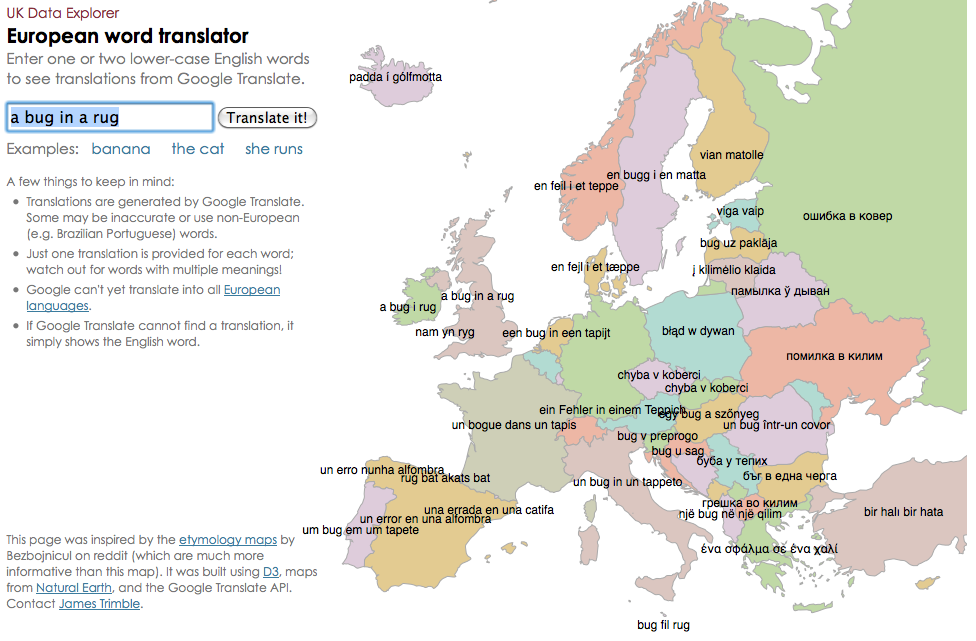