A map of the Scottish Index of Multiple Deprivation

The screenshot below shows my interactive map of SIMD 2012, which is based on the design I used previously for a map of London. 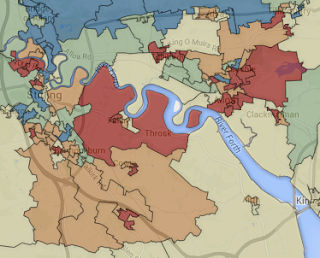 I am aware of three existing interactive maps that use this data set:
I've also created a visualisation of the the SIMD ranks of data zones in each local authority area, based on the barcode charts in the Scottish Government's SIMD publication.